Orchestrating processes for fun and profit

I’ve already shown here that with some trickery you can write orchestrations in C# based on async-await. It’s time to revisit this idea, now with a custom orchestration of mine.

Show me the code!

The orchestration is based on the event sourcing infrastructure built by me. This project is not public (yet) but it’s similar to any other ES library. The main idea behind building an orchestration on top of it is that state changes of an orchestration are easily captured as events like: GuidGenerated, CallRecorded, UtcDateTimeObtained, etc etc. If this is the case, we could model any orchestration as an event-sourced aggregate.

Here it is an example of reserving a trip, that needs to coordinate between reserving a hotel and a flight. Additionally a few calls were added to just show what the orchestration is capable of 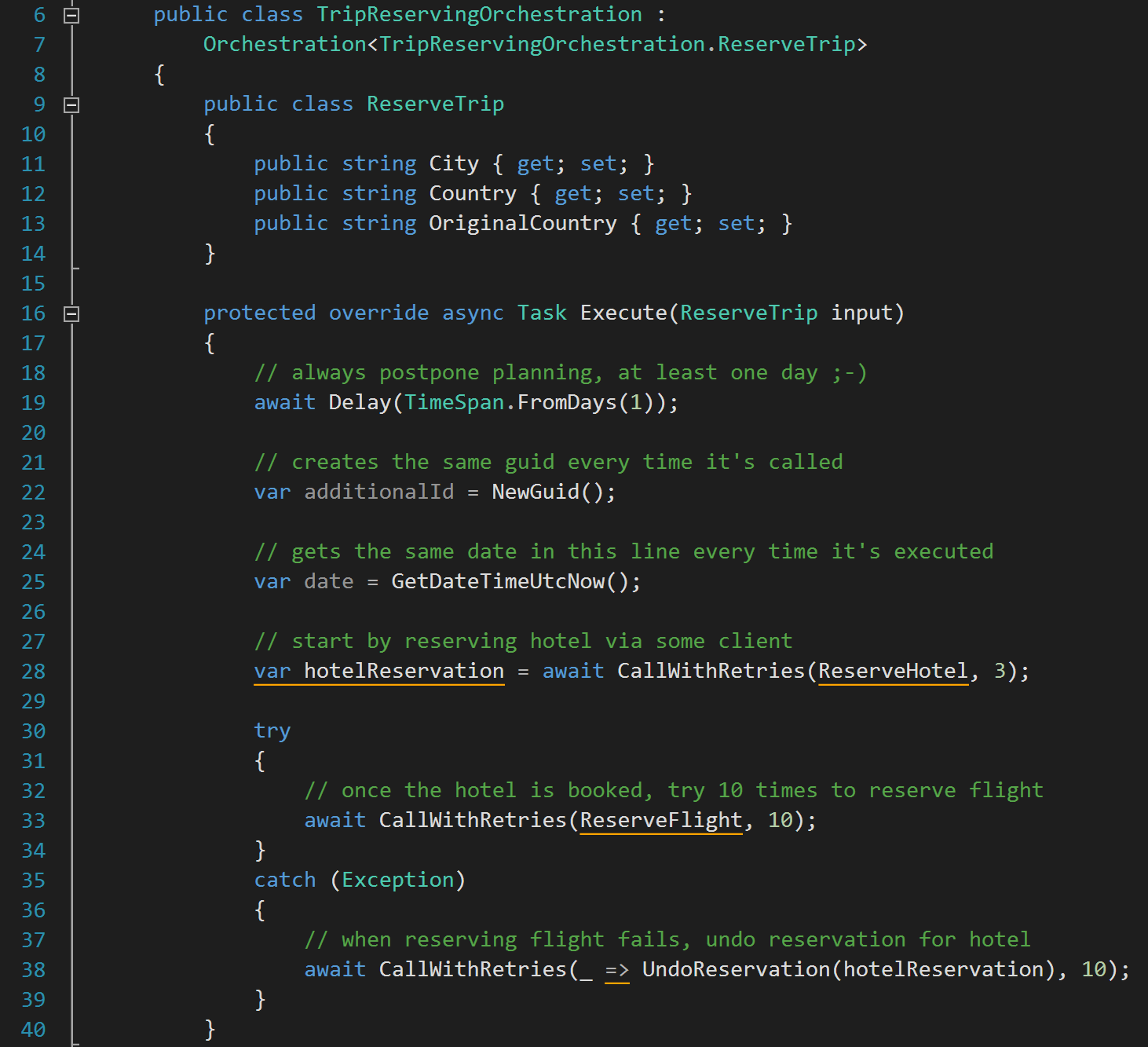 The execution would take the persisted events and replay them if process failed, machine died, etc. on another host. Because before every external call, all the recorded events are persisted, it ensures that even during a rerun, all the values will be exactly the same and calls that were already made won’t be made again.

Interested in async await, concurrency and you want to expand your knowledge?
Check out Async Expert! Together with Dotnetos I prepared something special for you!

Orchestrating with async-await trickery is much easier and can be written in a dense, simple way of a regular method call. Having an event-sourced foundation makes it even easier as you can use already existing pieces and persist all orchestration events as event of some kind of aggregate.